Any news from Neptune? 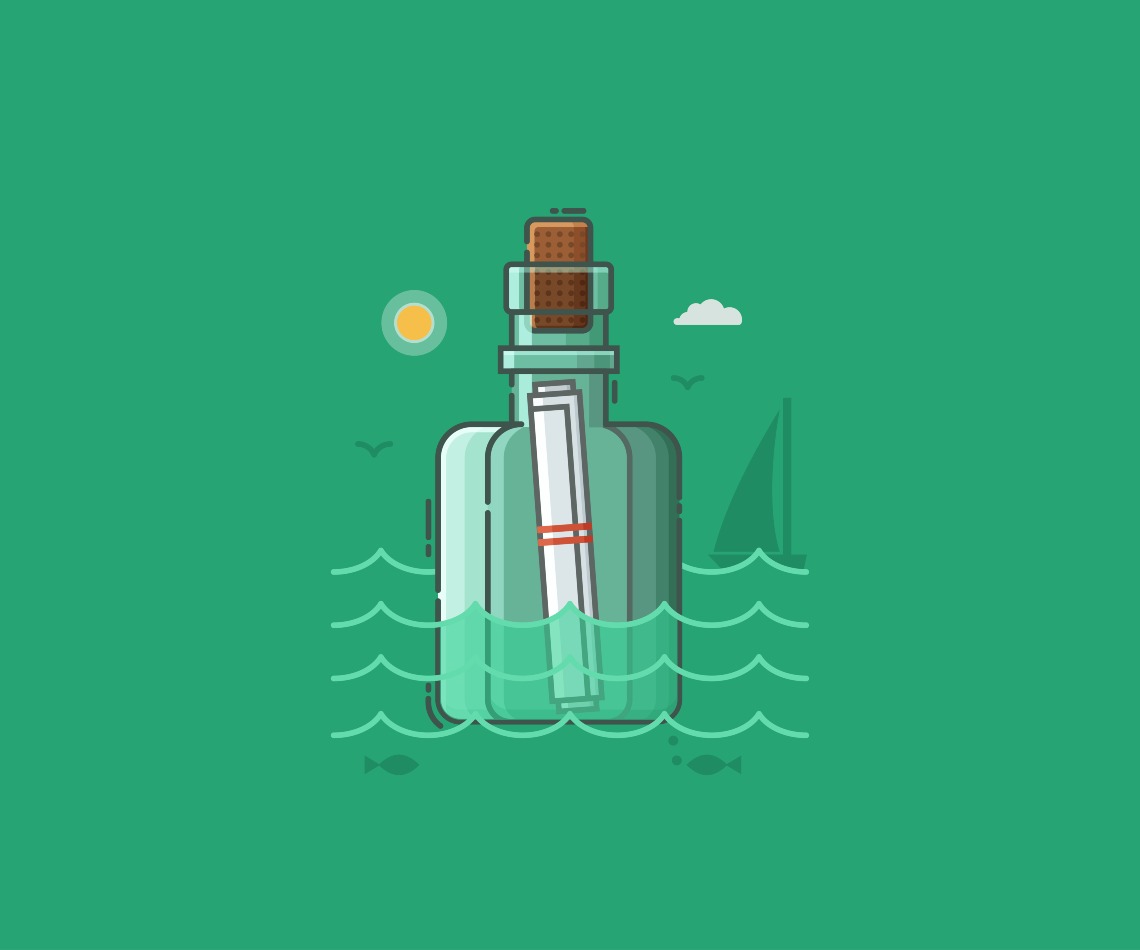 The Age of Discovery started in the beginning of the 15th century and lasted until the end of the 18th century. This is the time of ocean voyages, great discoveries that changed the picture of the world for good. The discoveries of navigators led to the colonization of new lands. To maintain communication, they used that same ships.

For a very long time, sea mail was not regular. How can you plan something if the delivery of sending depends on the weather? The first postal ships, called packet ships, were sailing. They transported mail and passengers. Only in the 19th century, with the invention of the steamer, the sea mail became regular.

It should be noted that in Russia, the regular sailings of packet ships were made in the time of Peter the First to connect St. Petersburg with the most important ports of the Baltic Fleet. At the same time, the world's first postal pier appeared on the Neva river. In 1827, the British steamer George IV visited the port of St. Petersburg for the first time, and its captain agreed on a permanent steamboat mail service between England and Russia.

The wars of different years led to the development of UNDERwater mail. The first mailings delivered under water were sent to all the same besieged Paris, to which the pigeons and balloons were delivering messages by air. "Moulins balls" — special zinc boxes with small blades — delivered during the Franco-Prussian War correspondence to the besieged capital along the Seine under the water.

Submarine post appeared during the First World War. Germany, being blocked by England, maintained contact with the neutral United States through the merchant submarine Deutschland.

During the same war, the Netherlands decided to use special floating fireproof safes for the transportation of letters and parcels. In case of a catastrophe, the safe remained afloat and periodically gave sound and light signals.

Of course, air mail has become the strongest competitor of the sea one, surpassing it in the speed of delivery. But the sea mail wins in the volume of freight, and, of course, it is much cheaper. The same as the courier services of the company Topparcel — a comparison website that was created to give people an easy, affordable way to get parcels delivered worldwide. Just compare the prices and choose the most suitable option.

Another curious type of sea mail is tin mail, which arose due to the coral reefs. It was precisely because of the reefs that the ships could not reach the shore of the Niuafoʻou, one of the islands in the kingdom of Tonga. The postmen swimmers delivered mail from the ships in tightly closed cans (until one of them was eaten by a shark!).

And, of course, bottle mail is the most ancient type of sea mail. The Greek philosopher Theophrast sent the first message in a bottle about 310 BC. This type of sea mail is most often used by researchers to determine the sea currents, as well as by sea travelers in a shipping disaster.

The famous Christopher Columbus sent a series of messages in bottles to the Spanish Queen Isabella. Some of them reached the destination.

In the 16th  century and until 18th century in England it was forbidden by law to open the messages in bottles. In fact, Queen Elizabeth I appointed an official “Uncorker of Bottles” for this very task. There is a legend, that when he was coming to the queen with a report, she invariably asked him: “Well, any news from Neptune?”.

Fast and efficient. Always get a prompt reply for a query.

Very satisfied! The service is simple and fast